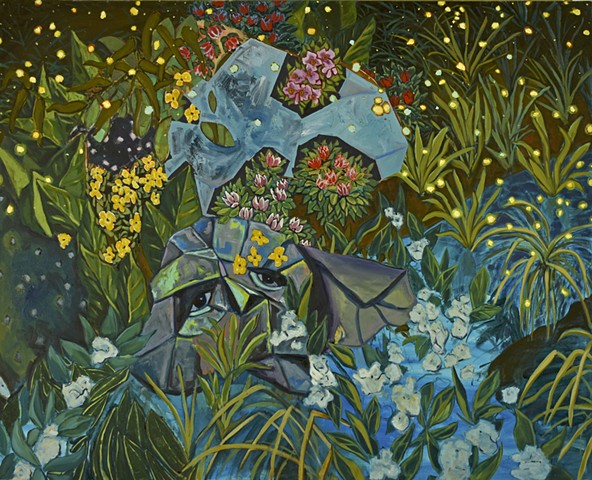 Scott Sawtell has never claimed to be a magical person, yet he has devoted his life to utilizing his limited flesh, blood, brain and soul to create paintings that ignite something within and speak about his shared humanity spinning in space with everyone else. Sometimes some very smart people take these painting and put them in front of some other very smart people.

In addition to his making his paintings in his suburban studio just outside Toronto, Scott works diligently at teaching other like minded individuals to create their own unique artwork at Georgian College in Barrie, Ontario, and Brock University in St. Catharines, Ontario. Often called a “good egg” by others, Scott is helping raise two young boys to also be “good eggs” themselves.

Scott has an M.F.A from the University of Waterloo (2002) and is a graduate of the Ontario College of Art and Design (2000). As well as maintaining a vital artistic career showing work across Canada and the United States, Scott has previously curated exhibitions for The Town of Newmarket, the City of Kitchener, Oakville Galleries and Humber College.